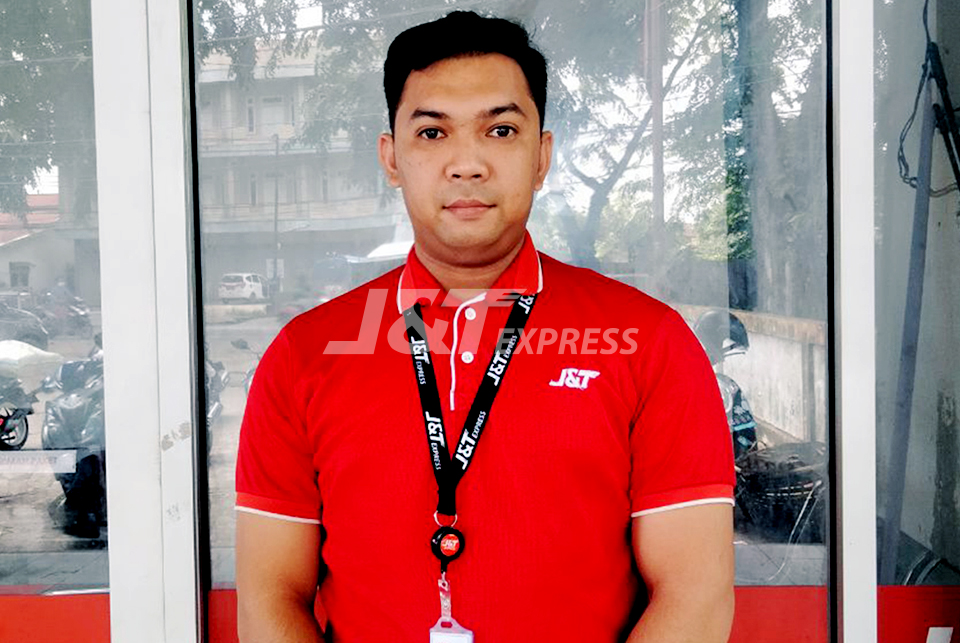 Since joining in February 2016 as a Sprinter J&T Express Pontianak, West Kalimantan. Riefky Almursalin (28) started his task of delivering and picking up packages at Drop Point PNK02, at that time not many people knew about J&T Express delivery services in their coverage area, so he needed to promote to potential customers by distributing flyers or taking the initiative to introduce J&T Express services. through social media to support their work. His persistence in pursuing the best results in his duties made his work performance always meet the target until he was gradually trusted to become the Supervisor of DC J&T Express Pontianak.

Previously, Riefky was used to working in the field, namely as a delivery person for gallons of drinking water, so there was no problem for him to carry out the task of delivering packages by arranging travel routes every day. At that time there were still minimal Drop Points in the area so that the scope of package delivery was quite wide, the distance to deliver 1 to 2 packages was around 30 Km from one point to another. In order to still meet the target, he must be able to arrange a route in the same direction so that he can complete his duties that day.

"I usually finish going to a far area first, only after that I finish the delivery to a close area so that there is enough time," said Riefky. He tries to find continuous prospective customers and succeeds in being the first to get a customer in the market for used clothing and shoe products and he promotes it on social media so that turnover continues to increase. "At that time I maximized the door to door offer and from there began to be widely known for J&T Express delivery services there," he continued.

Since then Riefky's performance has gotten better, and he is trusted to take on greater responsibilities as a Supervisor, including handling the delivery areas of Pontianak City, West, South, and Southeast Pontianak as well as expanding to the Kuburaya area. Over time, for approximately 6 years working with different responsibilities, Riefky has faced a tough challenge, namely to restore consumer confidence in his work area within 2 to 3 months. Even though he realized that it was not easy, he started by solving problems one by one and improving his work system, starting from the pattern of team work, the circulation of money in the COD and DFOD systems, to the resolution of customer complaints which were quite high.

A trust is a great compliment. That is what motivates Riefky, who makes work more enthusiastic so he doesn't want to disappoint the trust given to him, including responsibility in work. This challenge was the toughest thing he went through, but Riefky managed to complete it according to the target and was able to coordinate with each division to avoid miscommunication. For every problem he faces, he makes learning and always revisits for improvement, the goal is to minimize errors and make the future better.