Limitations That Motivate to Achieve 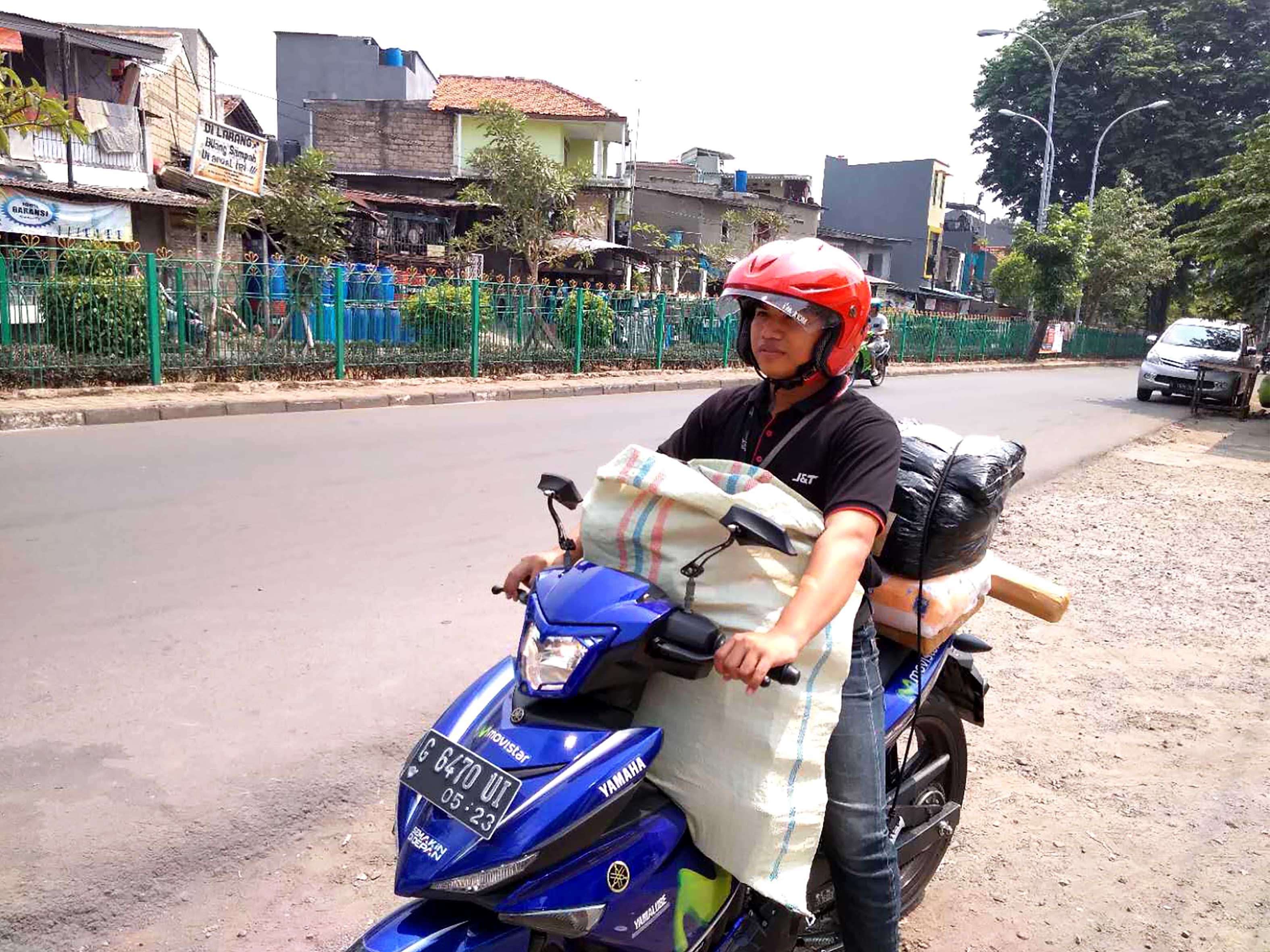 Agus Prasetyo, who is currently working as a sprinter of the J&T Express Depok branch since August 2017, has never seen his limitations as a barrier. Even for his family and himself, the limitations he had did not feel at all and did not interfere with his daily activities including being a sprinter.

Having uneven feet caused by an accident 7 years ago had made Agus feel depressed. Initially he can walk like people in general suddenly changed because of an accident experienced. "Thanks to the support from my family and I feel that there are many people out there whose conditions are more severe, making me motivated to be better and not be drawn into this pressure," Agus said.

Within 5 months of working as a sprinter, Agus unexpectedly got the first rank of sprinter with the most delivery area in Depok with a total of more than 1500 packages per month. This achievement he won earned him an extra pocket money from the J&T Express branch he worked for. Not only that, until now, according to his supervisor, Agus is a Sprinter who has a very good performance among 12 other sprinters at the Depok 04 drop point.

In addition to being thorough and responsible for the work and packages that he has to deliver every day, during this year Agus has never received any complaints related to the packages he is responsible for. Agus always completes sending any number of packages per day without delay until the next day. Not only good performance but Agus's cheerful character, easy to get along and never complained was also praised by various colleagues.

Before becoming a sprinter he worked as the head of a store and because of his curiosity about work in the field, he tried to change his job to be a sprinter at J&T Express. With the limitations he had had made him doubt whether he could be accepted as a sprinter, but in fact he was well received at J&T Express by all his colleagues. "I have never been underestimated or viewed negatively because of my limitations by my coworkers, not even the customers. Thank God all the customers are friendly to me, "Agus said.