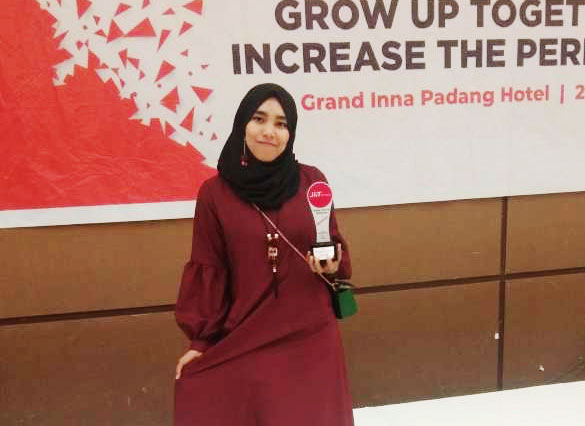 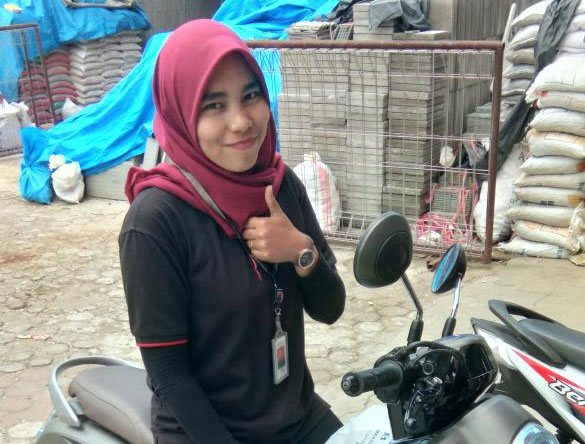 Everyone has their own choices, this is what happened to Zuryani (26) Padang-born woman who works as a sprinter at the Bukit Tinggi drop point, West Sumatra. This sprinter profession has been carried out by a woman who is familiarly called Yani since November 2016. Although the profession as a sprinter is generally done by men, Yani feels confident and proves that even a woman can become a sprinter and even excel in this profession.

"At first Yani wanted to apply as an admin but because there was no vacancy after how long it took Yani returned to his office saying he wanted to apply for a job as a sprinter and then HRD was confused and the phone confirmed whether he really wanted to be a sprinter because in West Sumatra there had never been a female sprinter before "Said the woman born in 1993.

With Yani's determination to try and live the stigma that the professional sprinters that only men have lived so far, Yani assured HRD who at that time contacted him. Although many are skeptical of his choice to become a sprinter, but ultimately the environment in which he works is very supportive and gives a good reception.

Yani even proves that a woman can be a sprinter and achieve achievements like she did and get two awards as sprinter in the West Sumatra area as the best 2018 Sprinter and Sprinter with the most Pickup 2019. "Wow, when I got the award, Yani felt very happy and proud especially as "The first female sprinter to get this award." Said Yani.