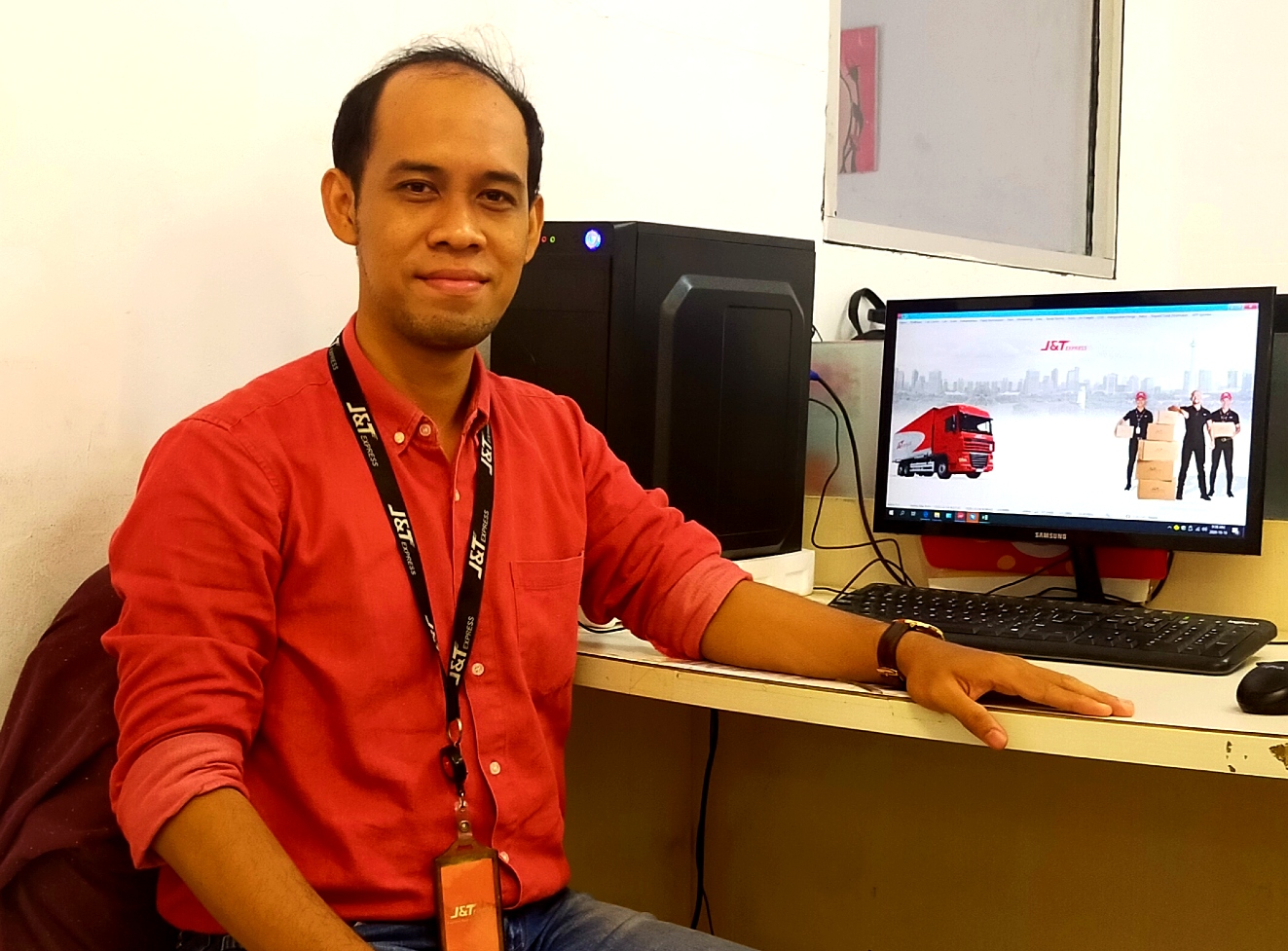 Edi Purwoheryono officially joined J&T Express as Sprinter Drop Point BKI 01 Bekasi since 2016, after failing the test before but did not discourage him and Edi's journey with J&T Express began with the placement of the Summarecon Bekasi Utara area and its surroundings. His main task is to deliver and also pick up the package to the customer's address, of course not just any delivery, but he must arrange the travel time and estimate the delivery route appropriately to be able to catch the package pick up on the same day.

A unique incident he experienced while carrying out his first assignment, at that time Edi was chasing time to pick up a package to a shop, without realizing that the Kronjo containing the package he was carrying was lost because it fell during the trip, where there was one package he had to take between that day. He also retraced the route that was passed but could not find it, felt that he had failed to carry out his job, he also had to be responsible for the package he was carrying, Edi decided to go directly to the customer's address intending to apologize and would replace it.

Upon arrival, it turned out that the package had been received so there was no need to replace it, as well as the lost kronjo that were back at the Drop Point. A fortune for Edi, it turns out that the fallen Kronjo has been taken to the Drop Point by someone else who finds it on the road. He takes lessons from this experience so that he becomes more careful while delivering packages to customers. After 3 months of carrying out his duties smoothly, Edi was entrusted with carrying out his duties as assistant coordinator (assistant) at Drop Point BKI 01, Bekasi.

Carrying out new responsibilities and new job challenges, Edi never complains, he is determined to keep trying to provide the best work results, this time the challenge he found at peak season, he is responsible for arranging all incoming packages so that they can be sorted immediately On the same day, besides that, Edi was also backing up another temporary job.

"I happened to have a job at that time from PIC that I was backing up, because at that time his wife was going to give birth. I had to stay overnight in the office for a few nights to arrange so many packages that came, it was tiring but I had to be able to focus, and finally it was resolved ", said Edi.

The huge number of packages meant that he had to stay in the office for several nights to avoid buildup. Supported by a solid team, he passed the job without any problems. Even though it is tough, Edi believes this is a process to develop in his career.

His good performance led him to continue to develop, in less than a year Edi was entrusted with becoming a PIC (Person In Charge) by taking on the overall operational responsibility for the BKI 08 Jatiwaringin branch office. He is very grateful to be trusted to carry out this task, even though he already understands what to do, he continues to hone his skills.

The greater the responsibility the greater the obstacles he faced, the bitter experience he experienced during the peak season of Ramadan, one of the Drop Points he was holding had experienced a theft which caused considerable losses. The incident depressed him because he would risk his career. Edi realized that at that time was his toughest test during his work and he did not give up until there, the teamwork was one of the things that strengthened him to get up. Dirimya is very grateful to the team who helped cover these losses and this experience is a joint evaluation for the better.

After wading through various challenges, Edi was transferred to the BKI 27 Karang Satria area, still with the same responsibility but with a different team, approximately 3 months in a new place, he again experienced trials, Edi experienced illness which made it difficult to freely complete work in the field. He had thought about resigning from the job because he felt he was not optimally carrying out his responsibilities, he did not recklessly convey and discuss it with his superiors.

Judging by a fairly good performance, Edi again received a new responsibility, namely the transfer of duties from the operational division to the back office division to become the Network Staff Outgoing J&T Express Bekasi. Edi's health condition is getting better, doesn't want to be satisfied until here, with a strong determination he continues to learn with the new team and is willing to share knowledge. Edi carries out his task, namely monitoring all J&T Express Bekasi customer packages so that they arrive at their destination in good condition and on time.