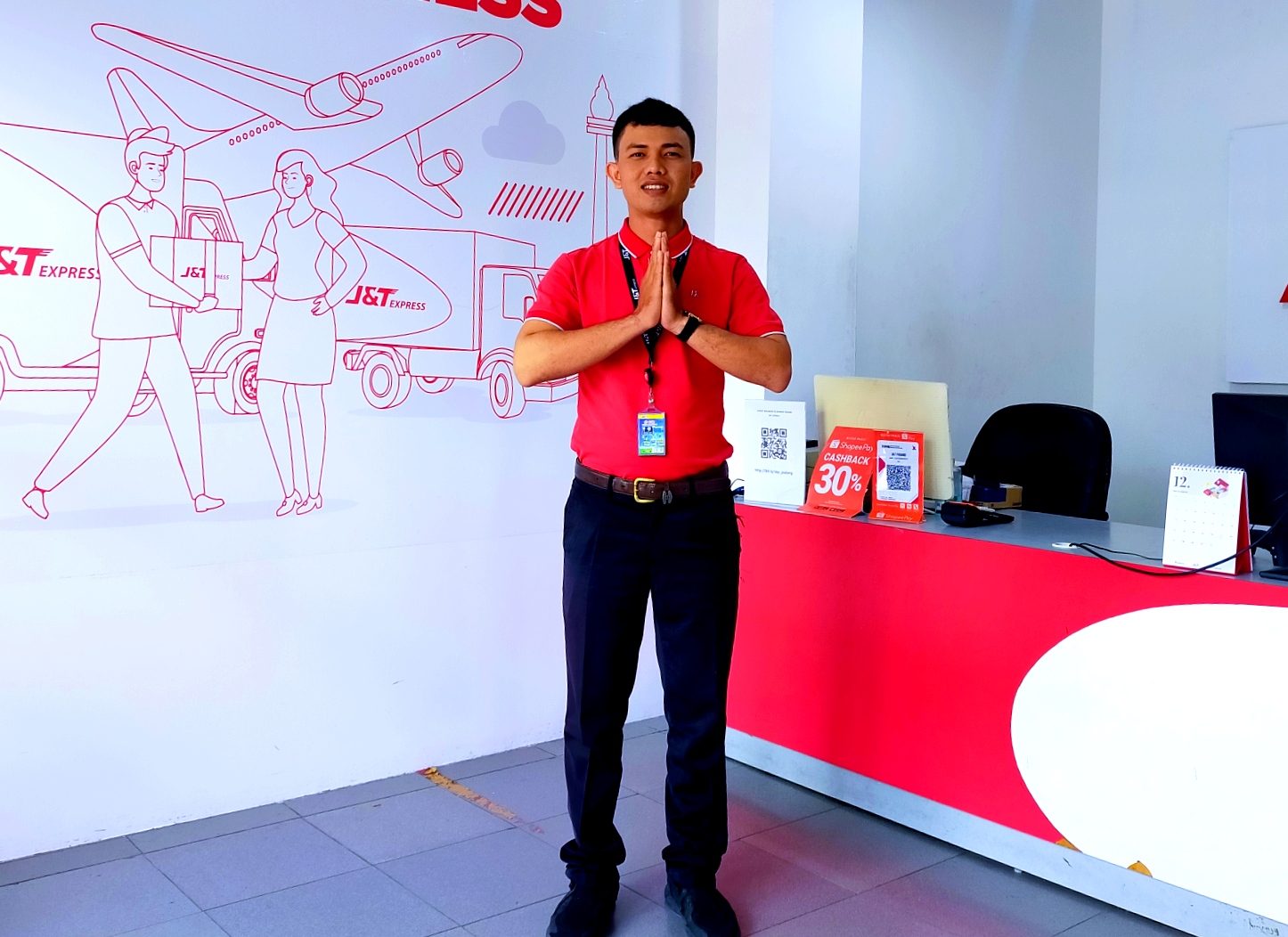 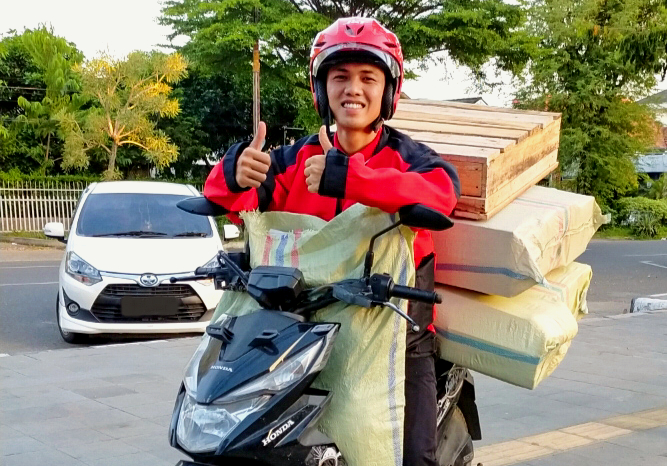 Every worker must have an extraordinary fighting spirit to get the best results, he is Indra Nandoli, Sprinter Drop Point Padang 01, West Sumatra. The man who is familiarly called Indra has joined J&T Express Padang since July 2017. For him, the sprinter is a company impression to customers, because of that he prioritizes communicating and being polite to all the customers he comes to to deliver or pick up packages. It turned out that there was one customer who was very happy with Indra's way of communicating until he finally became a special customer for him.

Starting as a daily worker at that time as a help worker for the delivery team. Due to his excellent work, he was called upon and received a permanent job offer as a delivery sprinter to cover the Padang 04 Drop Point area. As a new employee, Indra needs a lot to learn, in a day he is able to send approximately 100 packages, in addition to a quite remote location too. because I still don't know the ins and outs of setting up the package delivery area that he will live through.

“When I first became a permanent employee, I felt that my job was different from when I worked daily. The main difference is that there are more workloads, bigger responsibilities, more optimized service and professional work, "said Indra. "Because I remember what my original goal was to work for, so I have to be enthusiastic!" he added.

Often he is asked by customers about packages that have not arrived at the address, even though he is running the delivery process one by one to the customer's address. But for him it is a natural thing for customers to ask about the whereabouts of the package and as much as possible he responds politely even if someone asks repeatedly.

Indra also experienced difficulty explaining when the delivery of packages that had been stored for several days because the recipient had no response when contacted, when he was successfully connected, Indra immediately informed him that he would deliver the next day because the route was going the same way. However, he got a complaint right the next day, there Indra felt that his patience was being tested to find a solution and rushed to the address of the recipient to communicate well until finally the customer could understand after being well explained.

Customers are family, as Indra called them. He considers every customer he meets not just looking for addresses, delivering packages and leaving, but in addition to carrying out standard procedures he tries to be friendly and polite, from small things such as delivering on time, greeting customers, responding to customer questions, so that customer familiarity will also be intertwined even like brothers.

"It's not that I'm hungry, but the customers here when I drop off or pick up a package often give me little attention, such as offering drinking water, saying to be careful with the package, and some are always offering food. yes, I take that as a bonus and encouragement to work. " he said

Now Indra already has customers from big stores, all he gets from his hard work and also his ability to communicate with customers, this experience has taught him to appreciate the process until in 2019 he was awarded the best employee in West Sumatra and was invited to Jakarta. on the Jet Lympic activity.

As time went on, Indra was getting better at carrying out his duties, already cleverly managing the delivery of packages for his work area until he was transferred to the sales sprinter division but still in the same area. Here he has a new focus besides delivering packages but also picking up packages to customers' homes and with certain targets in order to achieve maximum results.

Indra is very grateful to work at J&T Express, according to him for now he is working in the right company, especially in the midst of a pandemic, many employees have lost their jobs while their jobs are getting denser, so that he already has savings from his income while working and is even able to own his own motorbike, and relationship that keeps increasing.