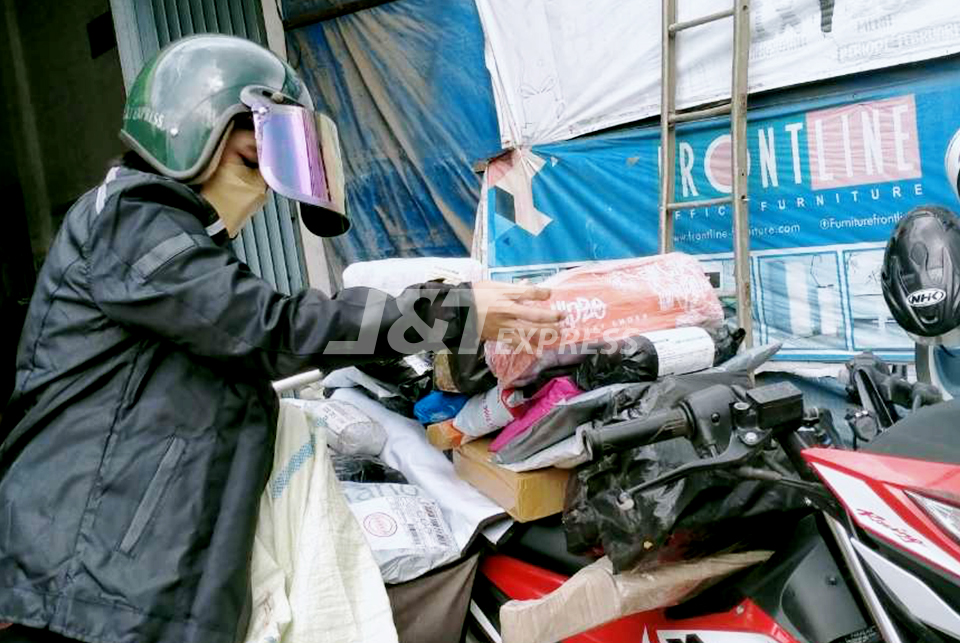 Sprinter is an important role in the delivery of J&T Express, because it is responsible for delivering or picking up packages directly to customers. Likewise the role of Siti Sholeha who works as a Drop Point (DP) female sprinter in Tamiang Layang, Central Kalimantan. For him, delivering packages using two-wheeled vehicles is not a heavy burden because he has been used to working hard since childhood, but the challenge of carrying out his duties requires patience, because he needs to complete it with the condition of the package remaining safe.

Siti has joined J&T Express Tamiang Layang for 3 years and 4 months, as a Sprinter Delivery she reaches the East Barito area which is the border of Central Kalimantan with South Kalimantan. Not infrequently he has to pass through the route of oil palm plantations or steep roads, confidently and calmly he still carries the package carefully so that nothing is scattered. But this time it was very different, on the way Siti was intercepted by some unknown people because they saw that she was carrying a lot of packages that were considered valuable.

Siti ventured to ask permission to pass and explained that she only delivered the customer's package, but was not listened to and wanted to ask for the package she was carrying. Siti refused and asked for help, residents who saw a group of people with suspicious movements immediately helped her and accompanied Siti to leave the place. "Luckily there were villagers who helped Siti get out of the oil palm plantation to the highway, since that incident for example there was a delivery in the same direction, Siti made an appointment with the customer to meet in the middle of the village, so things don't happen that are not wanted" said Siti.

Siti delivers up to 200 packages a day, to be able to do delivery and pick-up, she also manages the time by dividing her working hours when delivery is over. On the other hand, if there are more packages that need to be picked up in the morning, she prioritizes picking up the pick-up first, and if there is an address in the same direction they will be brought together, so that Siti always completes her work well and always finishes it on time.

The experience that he felt was quite difficult was when the package delivery was in bad weather, recently it has been raining with strong winds, forcing him to have to take shelter and wait for it to subside. for the safety of himself and the package he was carrying.