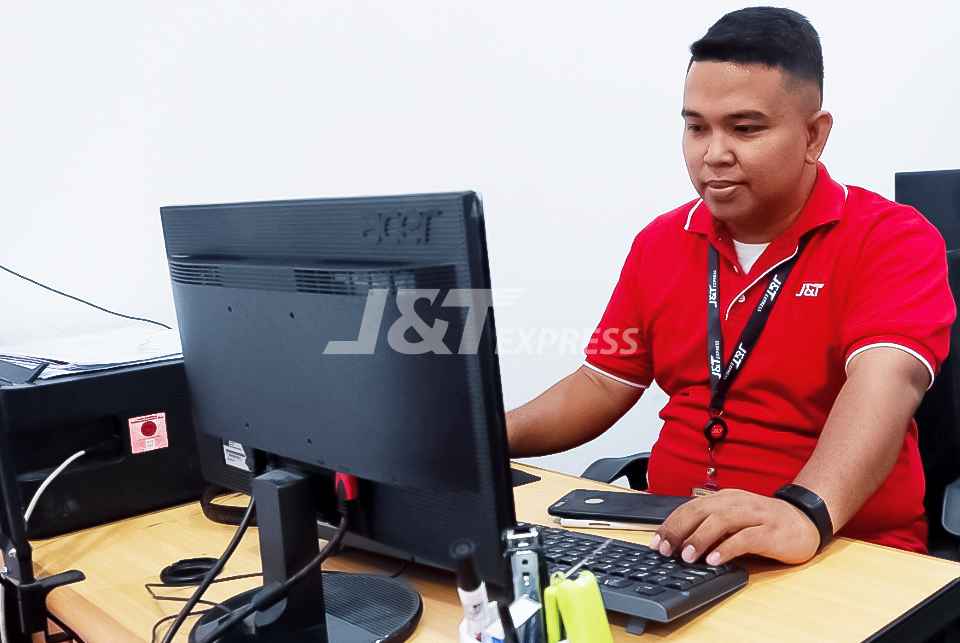 Novi Suprielianto is arguably one of the people who witnessed the development of J&T Express, because he has joined since November 2015 where the company began to be established in Indonesia and works as a sprinter for Drop Point Nagoya, the first J&T Express Batam area at that time then together with other teams responsible for delivery coverage to 12 sub-districts. This is a fairly wide coverage area for him and he needs extra work, so it's not uncommon for him to finish late at night. However, he has always been consistent.

"When I first started my career with J&T Express Batam as a Sprinter Delivery, it felt like I was still a long way from pursuing my dream of having my own house and car, but I am sure that small steps will become big if we are always consistent with what we are doing," said Novi.

Even though it drains energy, Novi doesn't make this a burden, so he lives it with hard work and responsibility, in fact he is able to carry up to 200 packages per day. In order to stay smooth in carrying out his work, Novi always leaves early and prepares the motorbike and arranges packages to make it easier for delivery to the customer's address, with this strategy he continues to record good work performance and always reaches the target. Good performance, makes him trusted to be a salesperson pick up where not only delivering packages but he is responsible for introducing J&T Experss delivery services to new customers in the Batam area.

Not long after, he was asked to carry out the task of Admin Drop Point (DP), which this time tended to be more in front of the monitor. Here Novi again learns how to deal with customers and communicate comfortably, because often customers who come don't just drop packages but also ask for information about J&T Express delivery. His ability to manage the administration and operations of DP, Novi is again trusted to take on greater responsibilities, he is also ready to carry out his new duties as Drop Point coordinator. The beginning of leading the work at DP made Novi a little awkward and stiff. Because he has to be observant in knowing the operational cycle and how to bring the team to work comfortably.

The year 2019 was a new challenge for Novi, he was trusted to take on new responsibilities as a Drop Point Supervisor. he must understand each of the characters of his co-workers there are only problems faced starting from communication, different characters but still have to be able to carry out team work. He also tries to position himself in line with the team to achieve the same vision and mission in the company. The strategy succeeded in making operations run smoothly and achieving targets. A year after that, Novi was nominated for best employee of J&T Express as Supervisor for Batam area. Unexpectedly, his hard work so far has received appreciation from the management in the form of 1 car, Novi is very grateful to work at J&T Express and has the support of management and his colleagues.

Novi added that this is the fruit of patience so that he can receive a reward from the company, "I didn't expect it but it was real, Alhamdulillah thanks to the support from J&T Express, I who used to have nothing and was nothing, can slowly achieve dreams that are not I thought before, I am proud to be in the big family of J&T Express,” he continued.

This appreciation adds to his enthusiasm to work even better. It didn't stop there, seeing his enthusiasm and slick performance, in December 2021 Novi won another trust and higher responsibility as PIC Operational Agent 05 J&T Express Batam. Novi's fortune was uninterrupted, until finally her big dream came true, together with several other PIC colleagues she also received another appreciation, namely 1 housing unit which will be received in the middle of 2022.