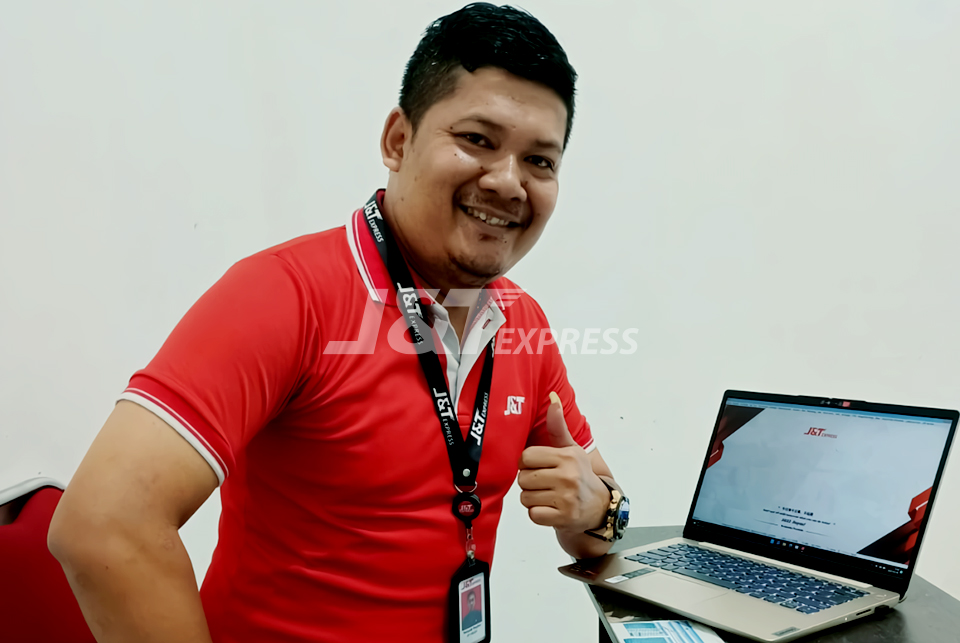 Joined in 2016, Muhammad Ade started his career with J&T Express Lampung as a Delivery sprinter for the Kec. Tanjung Bintang, and Kec. Sukarame, Lampung. The priority of the task is to deliver packages with an average number of deliveries of 30 to 40 packages per day, for delivery to the Tanjung Bintang area it can take about 45 minutes from the Drop Point (DP). Although Ade has been very good at managing schedules, he has experienced delivery failures and had to replace the cost of the failed package because he had already signed a receipt when he arrived at the delivery address and it turned out that the package did not match the customer's order.

Here he learns from his mistakes to be more careful when working, so that his performance always improves and has an increasing customer pickup. Approximately one year running, he was assigned to the marketing department to increase new customers, here the main focus is achieving the target for increasing turnover. It turned out that the increase was not significant for him to pursue the target, Ade arranged another strategy with the team and educated on new steps that could be taken, namely by increasing socialization from various types of social media and flyers to areas within the city of Bandar Lampung to introduce J&T Express delivery services more. In addition, make a morning briefing schedule with the team to manage the data base obtained as well as share and discuss together to get the best solution. Don't forget to always motivate the team to be more enthusiastic about working to achieve goals.

Ade managed to achieve the target with a turnover that always increases every month. Ade was then promoted to Supervisor for Drop Point TKG04 and TKG06 for the Bandar Lampung area. Here, Ade's toughest challenge is how to achieve the targets given by management in terms of incoming and outgoing targets. According to him, he should be more active in communicating with the HR involved and have intensive discussions so that smooth coordination can be established. "As a leader, I have full responsibility for the welfare of the employees I lead, so I must be able to achieve the target," said Ade. He is more active in paying attention to the team's performance for briefings as well as back and forth DPs to more optimally monitor operations.

In 2018, Ade was again promoted to take on greater responsibilities, he was trusted to be the Regional Manager for J&T Express Lampung operations. He needed to be re-adapted to be able to complete his new task, with abilities that he said he didn't have much control over the position, plus at that time the Drop Center (DC) opened its coverage area for the first time, where all incoming DPs in the city were made into one sorting warehouse, so they needed to be careful. in order to be able to manage the existing operations of a total of 20 DP/DC there. At that time it coincided with the peak season of Ramadan which made him work extra and ended up overloading the package. This is a big failure as RM in terms of incoming.

"Failure is not the end of a journey and a struggle, but a lesson for us to move forward with more caution to be better than the best", added Ade as a motivational message. Entering the third month of Ade Rising from failure, so that bad experiences don't happen again, he coordinates with his superiors to develop DC there, and makes changes, namely opening DC-2 and DC-3 for the Lampung area with a 3-rit delivery cycle scheme and maximizing sprinters to scan signs. receive on the spot. The innovation he announced had a positive impact, his hard work was appreciated as the Best Regional Manager 2019. Now there are 6 Drop Centers in the city, so Ade can bring good changes in terms of the late delivery percentage for J&T Express Lampung.