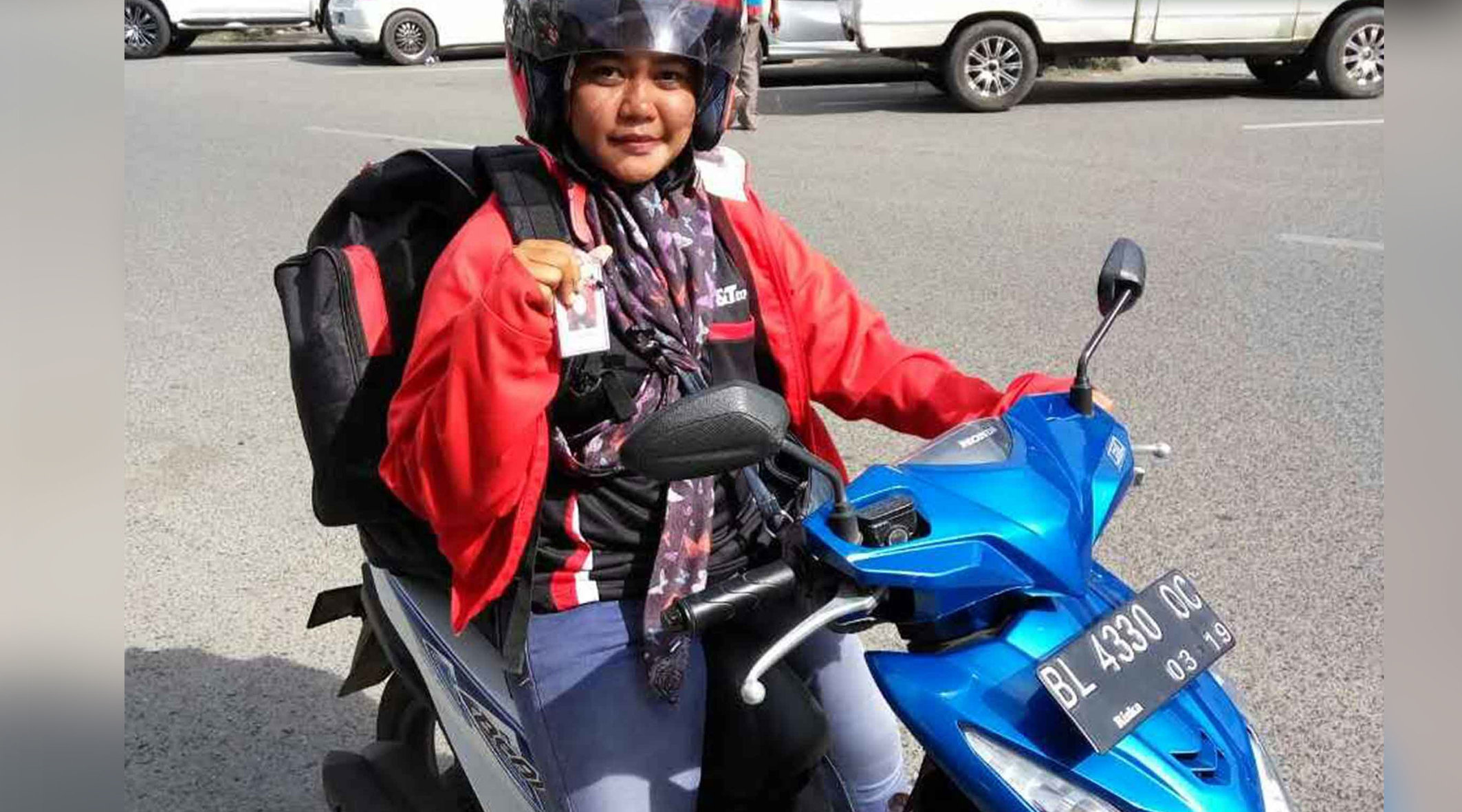 Sprinter or courier is usually a job that is generally done by men because this work is known as heavy work, in addition to being required to know the route of the sprinter is also required to have strong stamina. But what if this is done by women?

This unusual figure at the Aceh branch drop point, Ariska Delima, born in 1992, is the first female sprinter at the Banda Aceh drop point. As a woman Ariska claimed not to mind doing work as a courier, for her this job is challenging and comfortable to do. Previously Riska worked as a cashier at one of the minimarkets in Aceh, but she wanted to do something new with J&T Express.

In addition to being a sprinter Riska also supports marketing activities that support sales at the Aceh drop point, the virgin, who is the fourth child of four siblings, was even able to produce 700 pick ups in August. Mr. Robby, as the General Manager in Banda Aceh, acknowledged Riska's excellence and sincerity in his work despite initially being hesitant to accept women as sprinter, but this doubt was answered with Riska 9's performance this month. Besides having a commitment to work Riska is also considered to have integrity so that customers give a positive outlook to J&T Express. "Riska's performance is indeed good, her work is arguably more than that of men, she also proves she can work as a sprinter as well as marketing. He even refused when the customer gave additional tips when delivering the package because he felt he had received a salary from J&T Express "said Mr. Robby.

For Riska working as a sprinter is a new and exciting thing to do. "At first, people were surprised, but after a long time it was normal and fun, the family also all supported as long as they liked it," said Riska who was still shy when interviewed by the J&T Express team.