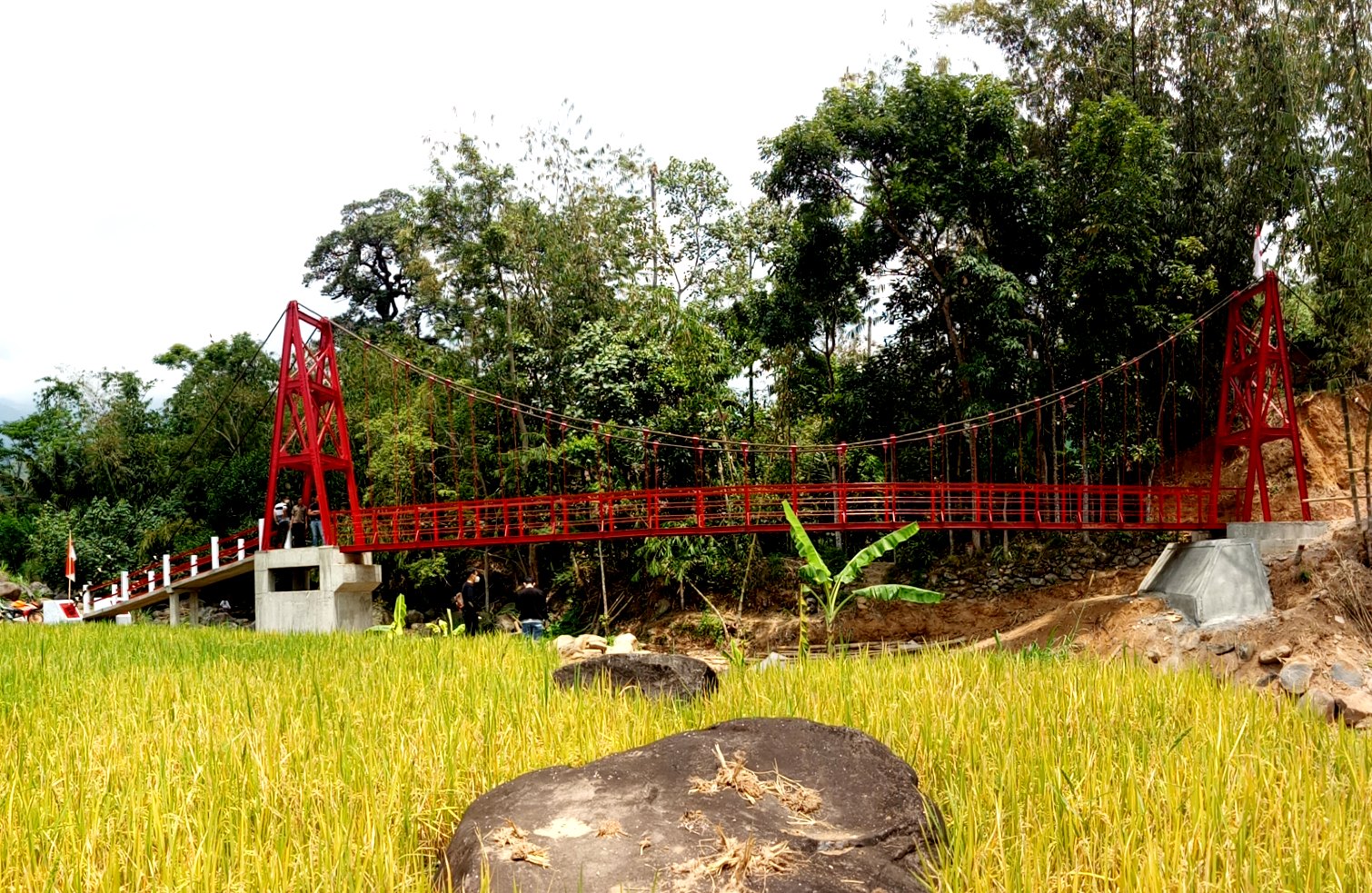 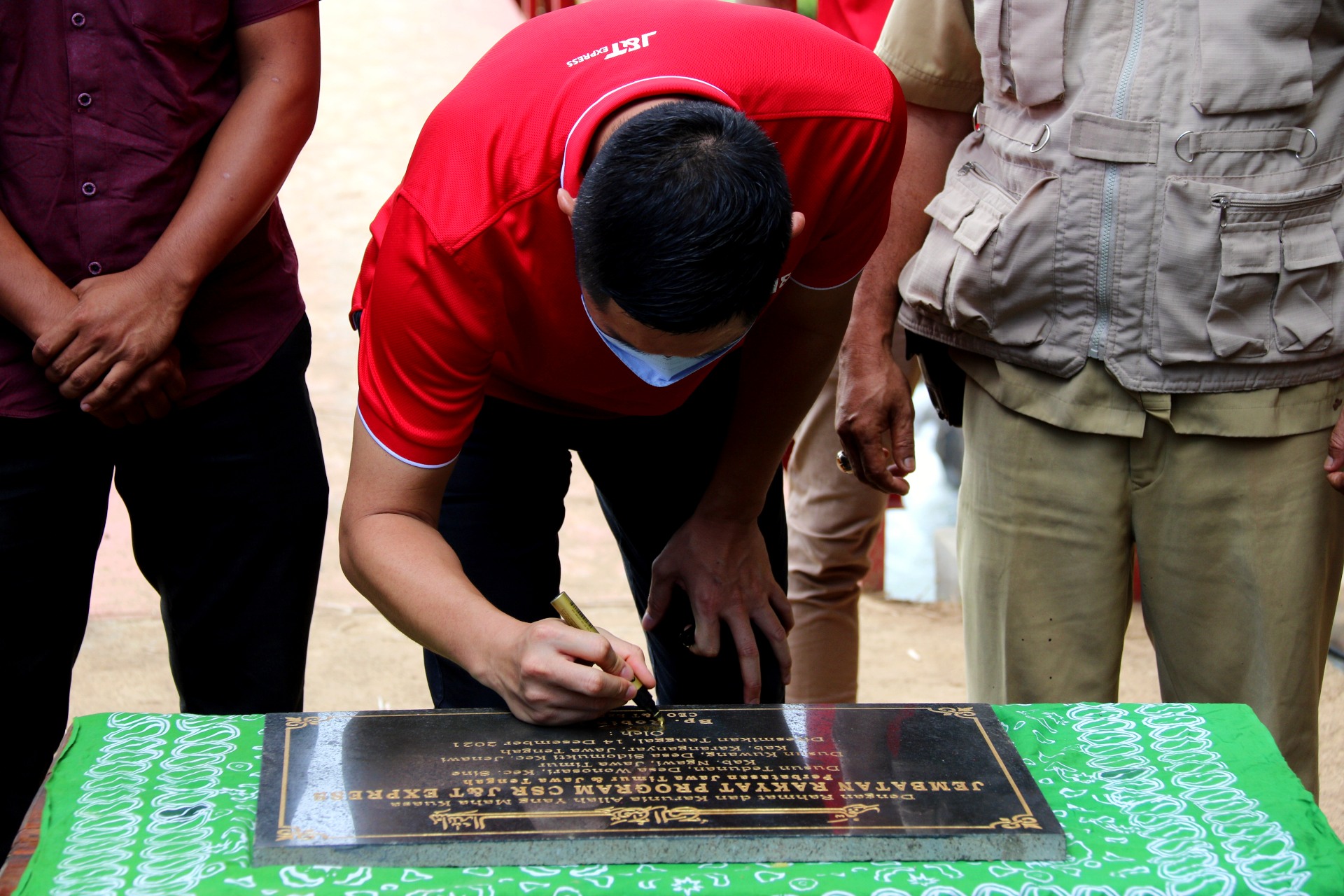 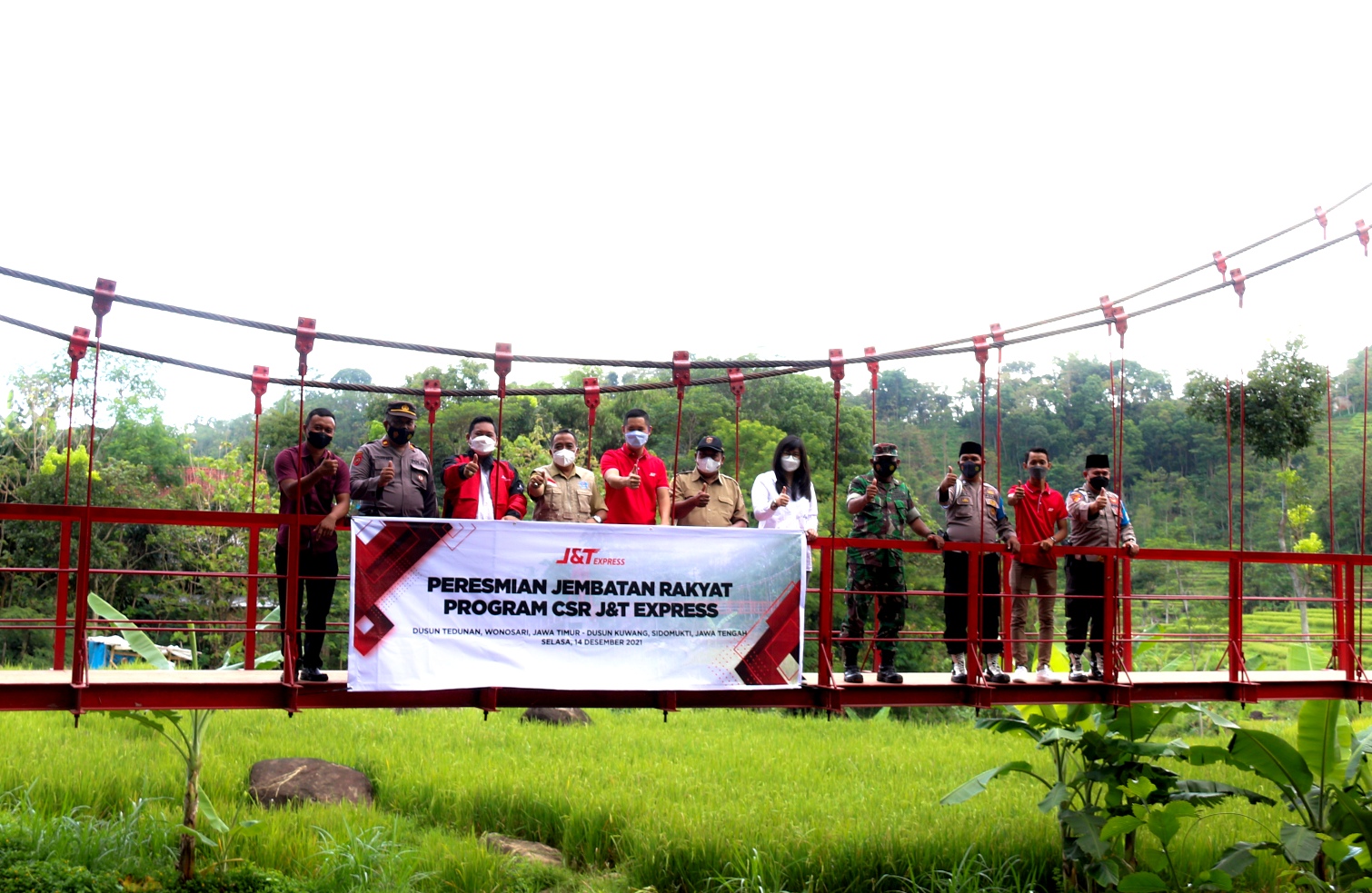 J&T Express inaugurated the bridge connecting Tedunan Hamlet, Wonosari, Sine District, Ngawi, East Java and Kuwang Hamlet, Sidomukti, Jenawi District, Karanganyar, Central Java. The construction of this people's bridge has been completed and inaugurated directly by the CEO of J&T Express, Robin Lo with the Head of Sine, East Java - Mr. Harno and the Secretary of Sidomukti Village, East Java - Mr. Warno, by cutting the ribbon and signing the inscription on December 14, 2021.

"This bridge has been built since last September. We hope that this bridge can increase the productivity of residents and is useful for facilitating access for villagers to rice fields, schools, markets, and friendships between residents so that there is no need to cross river stones because it is quite dangerous". Says Robin Lo, CEO of J&T Express

Through the J&T Express Corporate Social Responsibility (CSR) program, this People's Bridge was built since September 2021 using concrete construction and a steel frame with a length of 23 meters and a width of 1.2 meters that can be passed by pedestrians and two-wheeled vehicles to bring crops. inhabitant. It was known previously that residents only crossed the river when the water receded by passing river stones and also using a bamboo mat that was tied to be able to pass but it was very risky when the river water rose and the footing was damaged by the current.

Meanwhile, Mr. Harno as the Head of Sine District, Kab. Ngawi, East Java said that the bridge provides enormous benefits, especially for these two connected villages. "We thank you for your participation with the program from J&T Express, of course the traffic of residents to the need to carry goods to cross will be smoother," he said.

On the same occasion, Mr. Very, a resident of Sidomukti Village, Kab. Karanganyar, Central Java, said that the construction of this bridge will greatly impact the continuity of community activities in the two villages. "I and the residents of Sidomukti Village, Central Java, thank J&T Express for providing assets in the form of a very useful bridge, hopefully it will be a blessing for all of us," he said.

The inauguration activity took place while still paying attention to health protocols, while this CSR program was a form of J&T Express' concern and contribution to the village community. In addition to residents from the two villages, representatives of the Danramil and Police were also attended, accompanied by Adriansyah Halim, Assistant CEO of J&T Express. "This bridge will have an important role in supporting people's daily activities, so let's take care of it together so that it continues to be a benefit in the future," said Adriansyah.