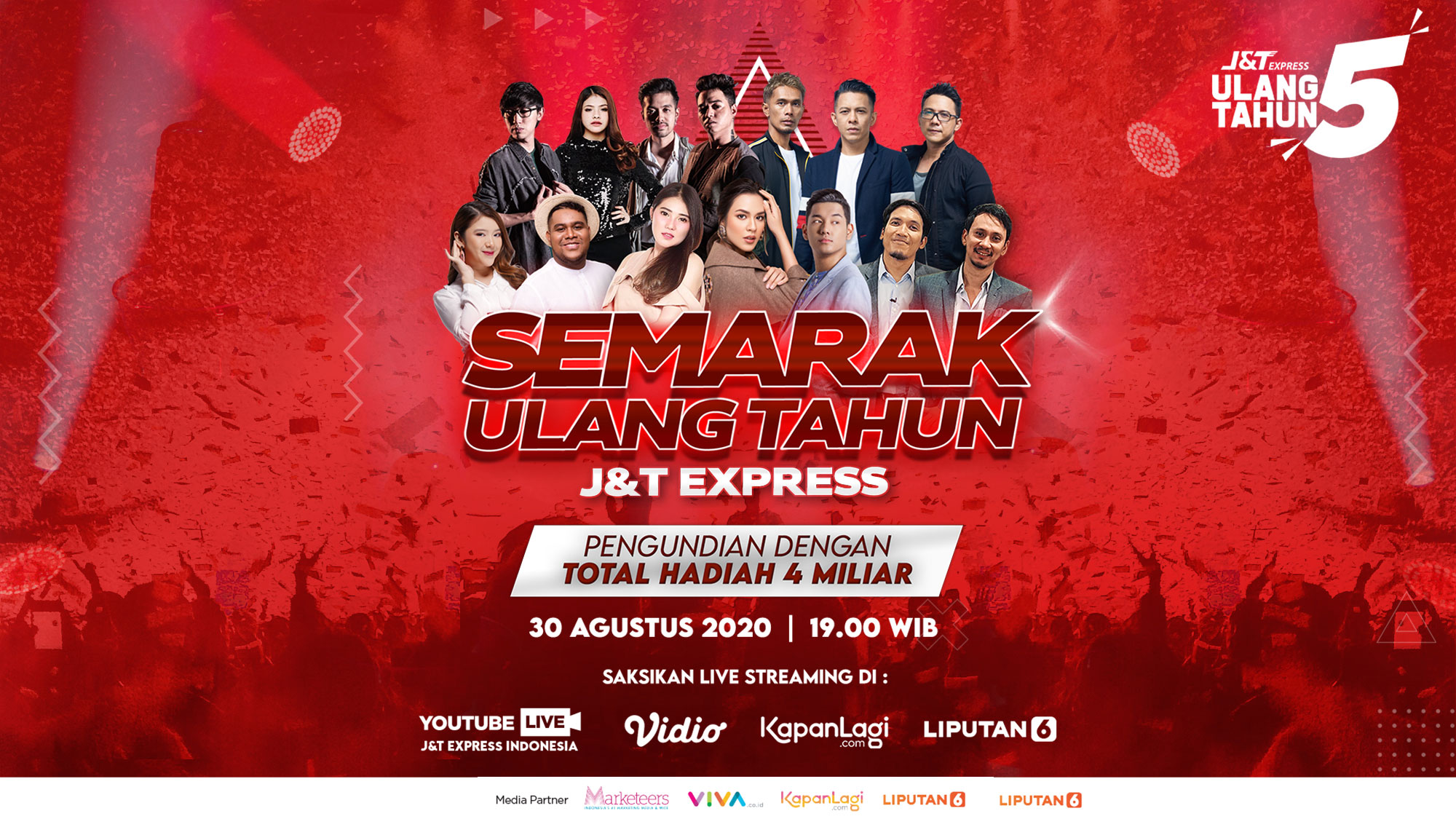 Jakarta, 26 August 2020 - J&T Express, a shipping service company that has just celebrated its anniversary, has carried out various programs to welcome its fifth anniversary. As a relatively new company, J&T Express is one of the companies that has successfully increased its popularity and is known among the public. In the celebration of the peak of the J&T Express Anniversary Night, it was enlivened by Indonesian artists namely Raisa, JAZ, Tiara Andini, Andmesh, Via Vallen, NOAH and Weird Genius.

The highlight of this concert-like event will be held on August 30, 2020 at 16.00 - 20.00 virtually which can be watched by the whole community through the official Youtube channel of J&T Express Indonesia, Vidio.com, Kapanlagi.com, and Liputan 6.com.

“Entering the age of 5, especially in this difficult year because the pandemic is not easy, there are many obstacles, but this year, J&T Express can still survive and even experience an increase. For that we want to give our appreciation to all our customers who have been loyal to support for the 5 years we were established with a series of anniversary programs starting last July and ending in August, ”said Herline Septia as Brand Manager of J&T Express.

"We hope that our entire anniversary series can entertain all of our customers, especially the peak night which will be held on the coming Sunday via live streaming during the pandemic when out-of-home activities are limited." added Herline.